“For they asked: “How do the Christians hold that this Man as God when He did not even know the place where the dead Lazarus was lying?” And it is true that the Savior did ask the sisters of Lazarus, Martha and Mary: “Where have you laid him?” Therefore, they say: “Do you see that […] 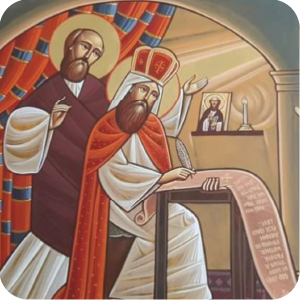 What the Father is saying is this: “A report came to me. But I wish again to test this rumor more exactly in the light of the facts. I do not do this because I do not know. I do it because I wish to teach men not to heed words alone nor to believe them recklessly if someone speaks them against another.” Men must believe what they hear only after they have first made an exact search and considered well the proof in the light of the facts. And this is why God said in another Scriptural passage: “Believe not every word.”For nothing is so destructive of men’s lives as for a person to give quick credence to whatever people say. The prophet David was proclaiming a divine revelation when he said: “Whoever slanders his neighbor in secret, him have I banished and pursued.”

You saw how there was no fault of ignorance in the Savior when he said: “Where have you laid him?” Nor was there any want of knowledge in the Father when he said to Adam: “Where are you,” or when he said to Cain: “Where is your brother Abel,” or when he said: “I shall go down and see whether or not their actions match the outcry against them which comes to me, so that I may know.” Is it not time now to  form ranks against those who say that it was through weakness that Christ first prayed and then raised Lazarus to life?